The game has been out for a few months now. While we wait for the patch at the end of the month, a re-review has appeared on the Washington Post. 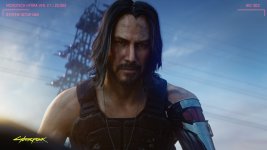 So why bother? Well, as a games journalist, you often get a limited time proper to launch to actually play the game. It was the route CDPR took giving select reviewers a few hours to get to grips with the game before it was launched to the public. By all accounts, this period was rather short and in fact, was a lot shorter than I think some of the PR people handling the game had expected themselves.

As we know now, there's a lot more to Cyberpunk 2077 and it takes time to get to grips with Night City and everything in it. To expect a reviewer to push out a review after around 20 hours play time doesn't do justice to a game of this scale.

With that in mind, this re-review takes a more balanced approach after playing around 150 hours. Sure, it still highlights everything that went wrong with the console versions, the bugs etc, but it at least touches on some of the depth in the game that's there if you're prepared to look for it and invest the hours.