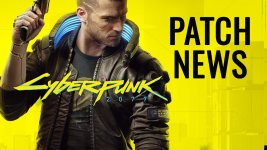 Patch 1.1 threw up a few problems and a new hotfix has been released for the recent update including the Down on the Street quest bug. Details are as follows:

This update addresses two issues that appeared after Patch 1.1:
The save/load loot exploit will be investigated further.
It occured for some players during a holocall with Takemura, when using a save made on version 1.06 with Down on the Street quest in progress at "Wait For Takemura's call" objective. After loading such a save on version 1.1, the holocall would lack dialogue options and block interactions with other NPCs.
Click to expand...