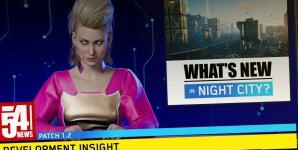 CD Projekt had stated that the v1.2 patch would be out at the end of this month, and although we don't know exactly when, they have released an update on what we assume are some of the changes coming in the next update. According to CDCPR, these are just a few things and more details will be revealed when they are ready to be shared.